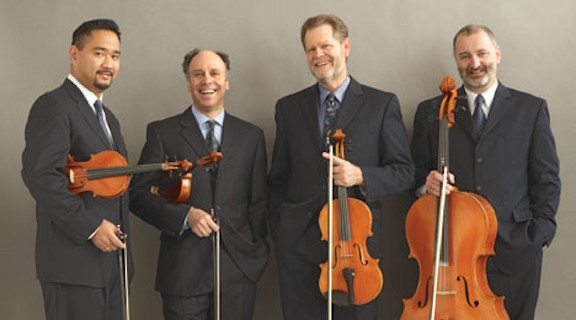 Having celebrated its 35th Anniversary in 2016, the ALEXANDER STRING QUARTET has performed in the major music capitals of five continents, securing its standing among the world’s premiere ensembles. Widely admired for its interpretations of Beethoven, Mozart, and Shostakovich, the quartet's recordings of the Beethoven cycle (twice), and the Bartók and Shostakovich cycles have all won international critical acclaim.

The Alexander String Quartet was formed in New York City in 1981 and captured international attention as the first American quartet to win the London International String Quartet Competition in 1985. The quartet has received honorary degrees from Allegheny College and St. Lawrence University, and Presidential medals from Baruch College (CUNY). The Alexander plays on a matched set of instruments made in San Francisco by Francis Kuttner (born in Washington, D.C., 1951). This year marks the 30th anniversary of these instruments, known as the Ellen M. Egger Quartet.