The Alexander String Quartet is a major artistic pres­ence in its home base of San Francisco, serving as faculty in the School of Music and the Morrison Chamber Music Center in the College of Liberal & Creative Arts at San Francisco State University.

To celebrate the conclusion of the 2019-20 academic year, the Alexander String Quartet performed Antonín Dvořák’s “American” Quartet in F Major, Opus 96 (1893), in a virtual, online format. 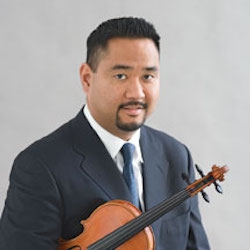 Zakarias Grafilo joined the Alexander String Quartet in July 2002. Just prior to joining the ASQ, he served as Principal Second Violinist of the Pacific Symphony, and Concertmaster of the Stockton Symphony. Mr. Grafilo was co-founder of the Chamberlain String Quartet, which was Assistant Quartet-in-Residence to the Alexander String Quartet at San Francisco State University. He received his early musical training at the Preparatory Division of the San Francisco Conservatory of Music and was later admitted into the Marin Music Conservatory where he studied with Serban Rusu. He received his early orchestral training with the world-renowned San Francisco Symphony Youth Orchestra where he was Concertmaster in 1992. Mr. Grafilo continued his studies at the University of California, Los Angeles, studying with Alexander Treger, Concertmaster of the Los Angeles Philharmonic. He holds a Bachelor of Arts degree in Liberal Studies from San Francisco State University. 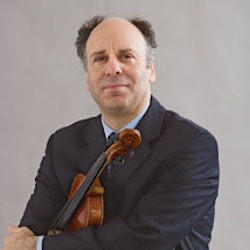 Frederick Lifsitz studied violin in his native Boston with Marylou Churchill and at Indiana University with Paul Biss. As a member of the Alexander String Quartet he has performed throughout Europe and North America, appearing regularly at halls such as Amsterdam's Concertebouw and New York City's Lincoln Center. He has been an Artist in Residence at the Aspen Institute for Humanistic Studies in Wye, Maryland and has held similar positions at St. Lawrence University, Baruch College, and North Carolina School of the Arts. Prior to joining the Alexander Quartet Mr. Lifsitz performed over several seasons with the Boston Symphony and taught Chamber Music and Violin at the New England Conservatory Preparatory School. Mr. Lifsitz continues to perform as soloist and in recital. 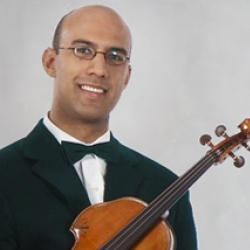 Violist David Samuel has joined the Alexander String Quartet, succeeding founding member Paul Yarbrough in 2021. David was most recently the Associate Principal Viola of the Auckland Philharmonia Orchestra and also the Convenor of Classical Performance at the University of Auckland in New Zealand. He was previously the violist of Ensemble MidtVest in Denmark and was the founding violist of the Afiara Quartet. During his eight-year tenure with the Afiara Quartet, Mr. Samuel performed more than 100 works for string quartet in over 400 concerts worldwide. In addition to being the first ensemble ever to receive the Young Canadian Musicians Award, the Afiara Quartet was a top prizewinner at the ARD International Music Competition in Munich, the Banff International String Quartet Competition and the Concert Artists Guild Competition. 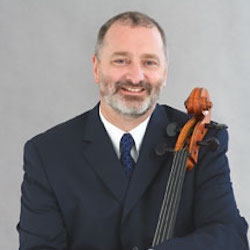 A native of Northumberland, England, Sandy Wilson completed his graduate studies at the Royal Danish Conservatory in Copenhagen as a recipient of two Danish Government Scholarships and the Sophus Berendsen Award. While performing as a member of the Royal Chapel Orchestra, he studied composition with Niels Vigo Bentzon and cello with Erling Blöndal-Bengtsson. Mr. Wilson was principal cellist at the age of 21 in the Allgemeine Musikgesellschaft Orchestra in Lucerne, Switzerland, at which time he also performed extensively in duo recital with Swiss pianist, Hedy Salquin. In 1979 Mr. Wilson moved to the United States, completing a degree at Yale University as a student of Aldo Parisot, Otto Werner Mueller and the Tokyo Quartet. He co-founded the Alexander String Quartet in 1981 and has since lived in this country, devoting most of his energies to the development of the Quartet. Mr. Wilson has written and frequently participates on panel debates on the subject of chamber music residency development and presentation. He currently serves as an elected board member of Chamber Music America and is a member of the California Cello Club.