Yarbrough has performed with the internationally renowned Alexander String Quartet since it was founded in 1981 in New York. He has taught at SF State since 1989, when the quartet joined the University to direct instructional programs for the Morrison Chamber Music Center.

After retiring, Yarbrough will appear as a guest artist with the Alexander String Quartet for two seasons of quintet repertory. He will continue to perform as a soloist, teach and pursue personal projects.

Once Samuel comes on board this summer, the quartet will comprise one founding member, cellist Sandy Wilson. The other members are violinists Frederick Lifsitz and Zakarias Grafilo (B.A., Liberal Studies, ’00), who have been with the Alexander String Quartet for 33 years and 19 years, respectively.

“We are doubly fortunate,” Wilson said. “Paul has been an inspiring and positive colleague and friend for nearly 40 years. We are all grateful for his partnership, vision and longevity — and it’s great that we are not really saying goodbye just yet, as he will join us as a guest artist for two seasons of quintets.”

Samuel has a long history of working with the Alexander String Quartet as a guest artist in recording and education projects. He has a prestigious career as a chamber musician, soloist and orchestral musician. Besides his position with the Auckland (New Zealand) Philharmonia Orchestra, he is the convenor of classical performance and a professional teaching fellow at University of Auckland.

“Because of his long working association with the ASQ, David is a perfect fit: a superbly accomplished musician and someone who ‘gets us’ as much as we get him,” Wilson said. “This kind of rapport is rare and important in welcoming new blood. Our future looks bright.”

“Chamber music is where my heart is, and I am absolutely thrilled to join the Alexander,” Samuel said. “They are all great friends and I have worked, performed and recorded with them throughout my career. San Francisco has always felt like home to me and so joining the Alexander String Quartet is a homecoming on many levels. I am excited to be part of the next chapter of this great ensemble.”

During his eight-year tenure with the Afiara String Quartet, Samuel performed more than 100 works in more than 400 concerts worldwide. In addition to being the first ensemble to receive the Young Canadian Musicians Award, the Afiara was a top prize winner at the ARD International Music, Banff International String Quartet and Concert Artists Guild competitions.

Samuel has performed at Wigmore Hall, Berlin Konzerthaus, the Esterházy Palace, Carnegie Hall, Lincoln Center, The Kennedy Center, Library of Congress, at the headquarters of both LinkedIn and Facebook and on “The Late Show with David Letterman.” Samuel’s most recent work as a producer was for a recording of Mozart chamber music with the Alexander String Quartet and pianist Joyce Yang.

Samuel received his Bachelor and Master of Music degrees as well as an artist diploma from The Juilliard School. He received an artist certificate in chamber music from the San Francisco Conservatory of Music. His principal teachers were Paul Hersh, Henry Janzen, Michael Tree and Karen Tuttle.

The Alexander String Quartet has performed in the major music capitals of five continents, securing its standing among the world’s premier ensembles, and a major artistic presence in its home base of San Francisco, serving since 1989 as ensemble in residence of San Francisco Performances and directors of the instructional program of the Morrison Chamber Music Center at San Francisco State University. Widely admired for its interpretations of Beethoven, Mozart and Shostakovich, the quartet’s recordings have won international critical acclaim.

The quartet has established itself as an important advocate of new music, commissioning dozens of works from composers including Jake Heggie, Cindy Cox, Augusta Read Thomas, Robert Greenberg, Cesar Cano, Tarik O’Regan, Paul Siskind and Pulitzer Prize-winning SF State Professor Emeritus Wayne Peterson. Samuel Carl Adams’ new Quintet with Pillars was premiered and has been widely performed across the U.S. by the Alexander with pianist Joyce Yang, and will be introduced to European audiences in the 2020-2021 season.

The Alexander plays on a matched set of instruments made in San Francisco by Francis Kuttner, known as the Ellen M. Egger quartet. 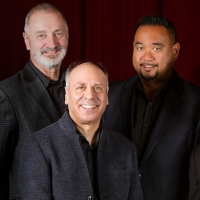